Cite a Journal Article from a Database

Article with DOI given

Article with No DOI

Place the author’s last name and the year in parenthesis. If the in-text citation is at the end of a sentence, place the period outside the parenthesis.

Example 1: Chickens have been known to cross roads (Jordon, 2017).
Example 2: Jordon (2017) discussed how chickens like to cross roads.

If a source has two authors, use an ampersand (&) between the names in the parenthesis. Use "and" when referring to the authors in the text of your paper. Include both names every time you cite the source.

Example 2: Smith and Jones (2013) also discovered that the chicken crossed the road.

When a source has three or more authors, list the first author followed by et al. (Latin for "and others").

Example 2: Adams et al. (2009) discovered who forced the chicken to cross the road.

When a source's author is a company, organization , or other group, the name of that group goes in the author position.

Example 1: The chicken was forced to cross the road (Stanford University, 2020)

Example 2: Stanford University (2020) discovered who forced the chicken to cross the road.

Example of a book without an author given: The chicken made a conscious decision to cross the road (The Big Book of Chickens, 2015).

Example of an article with no author given: The chicken did not want to cross the road ("The Case of the Chicken and the Road," 2016).

When a source does not have a date listed, use n.d. in the in-text citation in place of the date.

Example of an article with no date given: Chickens often cross roads when they are hungry (Johnson et al., n.d.).

Example of an article with no author and no date given: Chickens first began their passage across the road in the late 11th century ("History of the Chicken," n.d.). 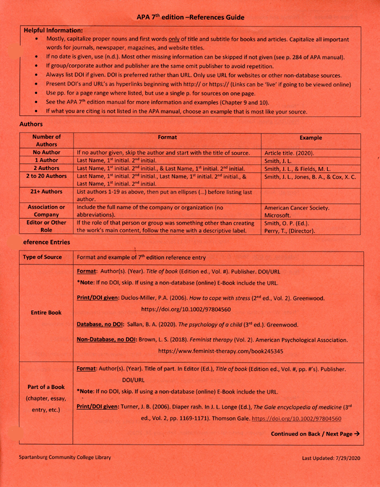 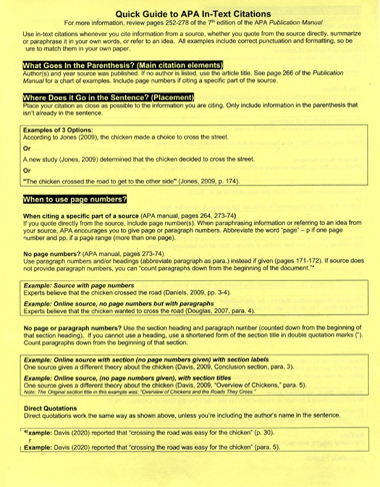 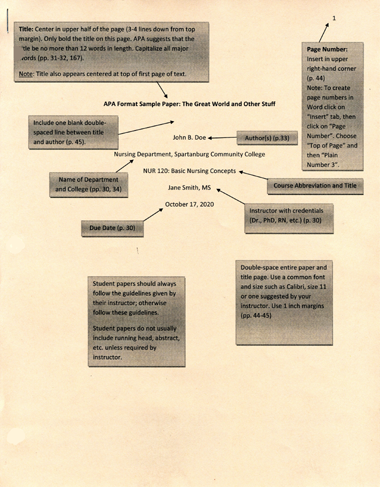