The examples below are intended to model the thought processes instructors should engage in when determining whether an intended use is fair given the particular facts at hand. A final determination of fair use can only be made in a court of law. This guide is not intended as legal advice. If you have legal concerns about a particular use at Spartanburg Community College, please contact the College Copyright Officer.

To best position yourself to assert a fair use argument when using video, consider doing the following:

The online course is being offered over the summer. Many students are working full time or have moved home, therefore they are not able to go to the library to watch the films there. So that students can view the assigned movies, Professor Wang asks the library to upload their DVD copies of the films to the College's Panopto lecture capture system. The streamed films will be available to students through Panopto for the duration of the summer semester only. Only students registered for the course will be able to access the films, and students will not be able to download or copy the films. Is this fair use?

Yes, Professor Wang's use is transformative, since she is using films originally produced for entertainment purposes to educate students about film history and theory. The professor and the students are subjecting the films to critical commentary and detailed analysis in a noncommercial educational context.

These films are creative works, and they were used in their entirety, which would tend to weigh against fair use. However, given that the use is transformative and takes place for educational purposes, the use is more likely to be fair. Students are not normally expected to purchase copies of films as course materials; rather they rely on the copy acquired by the university library. In this way, Professor Wang's streaming of the films did not cause market harm to the copyright owners.

Note: The transformative and educational nature of Professor Wang's use of the films and the facts that access was limited to students enrolled in her class and that students could not copy or download the films support a fair use argument. This does not mean, however, that the copying of video content to College servers in order to stream it to students will not be challenged by rightsholders. In fact, the Association for Information Media recently sued the University of California Los Angeles for copyright infringement for doing exactly this. The case was dismissed on procedural grounds, so no decision was rendered on the legality of streaming.

An instructor could make a strong argument that streaming video is an essential type of content for instruction that must be available in the virtual classroom, and that streaming technologies serve the purpose of time-shifting for students and faculty alike. He/she could argue that since it would be lawful for a teacher to show a particular piece of multimedia to students enrolled in a class that meets in a physical classroom, it should be fair use to permit the viewing or hearing of that multimedia, through time-shifting technologies, in a virtual classroom that restricts access to those same enrolled students.

In the 1984 case Sony Corp. v. Universal City Studios, Inc., the Supreme Court held that time shifting was fair use in connection to the noncommercial home recording of television shows for delayed viewing because it did not deprive the copyright owners of revenue.

An Issue Brief from the Library Copyright Alliance on the streaming of films for educational purposes suggests that "courts are likely to treat as fair use many instances of streaming video to students logged in to class sites." The brief's authors write, "Courts likely would treat educational uses of entertainment products, such as uploading a feature film to a course website so that students could stream it for purposes of analysis, as repurposing" [i.e. as transformative use]. The brief goes on to suggest that "educators could buttress their fair use claim by recontextualizing works on course websites through selection and arrangement and the addition of background readings, study questions, commentary, criticism, annotation, and student reactions."

Professor Soleway is teaching an online course on the depiction of divorce in popular culture. His course notes are posted online in D2L along with background readings and other course content. For a segment on divorce in popular film, Professor Soleway digitizes short clips from each of three movies: Divorce American Style (1967, Bud Yorkin), Kramer vs. Kramer (1979, Robert Benton), and The Squid and the Whale (2005, Noah Baumbach). He uploads the clips to his class in D2L and provides links to them for students.

Professor Soleway's course notes set the context for each clip by prefacing it with an explanation of what he wants students to watch for. After each clip, he elaborates on what he thinks it illustrates about the popular representation of divorce. After viewing the clips, students are given a list of questions that require them to critically reflect on the content of the clips. Students post their responses in the discussion section of the course site. Is this fair use?

Yes, Professor Soleway's use is transformative, since he is using films originally produced for entertainment purposes to examine cultural representations of divorce. The fact that he surrounds each film clip with commentary that places the clip in the context of his broader argument and that students are required to critically analyze the clips' contents strengthens the transformative nature of his use, as does the fact that his use takes place in a noncommercial educational context.

Professor Mercer is preparing to teach a face-to-face nursing class. She plans to use MyNursingLab to post the course syllabus and grades and to allow students to hand in assignments. As she's working on her syllabus, she receives in the mail an examination copy of Mosby's Nursing Video Skills - Student Version DVD, 4th Edition (Elsevier, 2013). She reads the description on the back of the DVD: "With high-definition videos demonstrating how to perform nursing procedures, Mosby's Nursing Video Skills provides up-to-date, step-by-step instructions for the most important nursing skills. Printable procedure checklists and interactive screens of required equipment make it easier to learn and remember skills, and new animations show what’s happening inside the patient’s body. For each skill, NCLEX exam-style review questions help you assess your knowledge." Noting that five of the procedures she will be covering in class are included on the DVD, she asks the library to copy these segments and upload them to Panopto, SCC's lecture capture and streaming video system, so that she can embed them in MyNursingLab for students to view. Since there are a total of 130 procedures on the DVD, she's using less than 5% of the content. Is this fair use?

No, Professor Mercer's intended use is not transformative. The original purpose of the DVD is to instruct nursing students in how to perform certain skills, and Professor Mercer wants to use the video for the same purpose.

This video is a work of nonfiction, which favors fair use. However, the DVD is marketed for nursing students. It is likely that Professor Mercer's intended use of the video (and other uses like hers, were they to occur) would damage the market for the DVD, since students would rely on the streaming content instead of purchasing their own copies of the DVD. Thus the amount she wants to use, though a small part of the total, is not appropriate.

Note: According to the Code of Best Practices in Fair Use for Academic and Research Libraries, "Closer scrutiny should be applied to uses of content created and marketed primarily for use in courses such as the one at issue (e.g., a textbook, workbook, or anthology designed for the course). Use of more than a brief excerpt from such works on digital networks is unlikely to be transformative and therefore unlikely to be a fair use." The fair use argument is helped, however, by the fact that the videos were placed in Sakai and limited to students enrolled in the course.

As explained in the Code of Best Practices in Fair Use for OpenCourseWare, "'Bright line' tests and 'rules of thumb' are not appropriate to fair use analysis, which requires case by-case determinations made through reasoning about how and why a new use recontextualizes existing material." Thus, while amount used is an important factor in whether any use is fair, fair use cannot be decided by relying on the specific percentage of a work used or similar guidelines.

Professor Gutierrez is teaching an Introduction to Computer Science online class. Several of the topics on how a computer works are best illustrated using video. The library has several DVDs which contain clips that would fit this need.

Since the class is fully online, Professor Gutierrez hopes to load the clips on Panopto, SCC's lecture capture and streaming video server. She speaks with a librarian to see if this is something that could be done.The librarian does some more investigation and learns that the distributor of the film, the Media Education Foundation, offers a 1-year streaming subscription to the video for $150 and a 3-year streaming option for $295. If licensed, their streaming videos could be embedded in D2L. But since the library has already purchased a copy of the film, the librarian proceeds to upload it to the university's streaming server for Professor Gutierrez. Is this fair use?

No, Professor Gutierrez's intended use is not transformative. She is using the documentary for the same purpose as it was intended: to educate students about how computers work.

This video is a work of nonfiction, which favors fair use. However, the DVD is marketed as an educational tool, thus its use for in an educational context is not transformative.

An argument for fair use could nonetheless be made on two grounds:

The fact that the Media Education Foundation offers a streaming option, though, would weaken this argument for fair use since they could show market harm through the loss of streaming revenue.

Fair use: Probably not. The library should pursue licensing the streaming rights for the videos.

Content on this page is licensed under a Creative Commons Attribution 4.0 International License from the University of Rhode Island University Libraries and may have been modified to follow SCC practices. 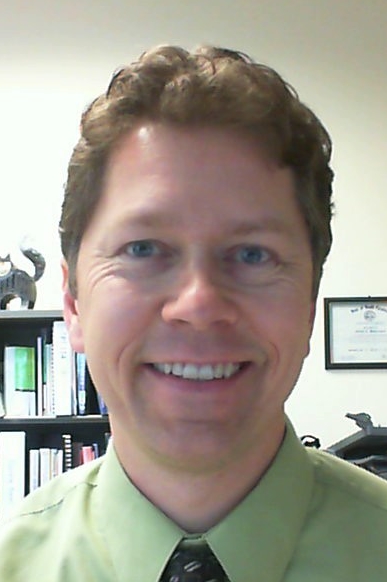