This guide is designed to help you complete Ms. Grigg's Hamlet research paper in English 102.

5. Cite Your Sources in MLA format

Here are a few examples to help you cite your sources in MLA format:

How to Cite a Play From Your Textbook

How to Cite a Journal Article

How to Cite Part of a Book, Ebook, or Encyclopedia

Example: In Hamlet, Ophelia sings about different flowers and plants in a display of her descent into madness:

OPHELIA. There's rosemary, that's for remembrance. Pray you, love, remember. And there is pansies,

LAERTES. A document in madness! Thoughts and remembrance fitted.

OPHELIA. There's fennel for you, and columbines. There's rue for you, and here's some for me. We may call it herb of grace o' Sundays. O, you must wear your rue with a difference! There's a daisy.  I would give you some violets, but they wither'd all when my father died. They say he made a good end. [Sings] For bonny sweet Robin is all my joy. (4.5.171-179)

*Note: If the lines in the play are not numbered, include the page number instead.

*Note: If you have used the author's name or the play's title in the signal phrase before introducing the quote, you do not need to include it in your in-text citation.

*Note: When quoting dialogue or lines from a play, indent the line a half inch (one tab) from the left margin. Include the character names in all capital letters, followed by a period. If the dialogue is more than one line on the page long, indent the remaining lines of dialogue by a half inch.

If your play was published as a stand-alone book, it is the same as a MLA Book Citation

Name in Italics (if electronic).

If your play was published in an anthology or a collection: 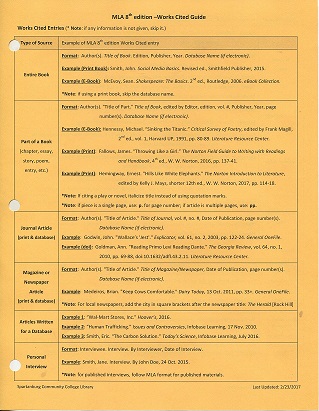 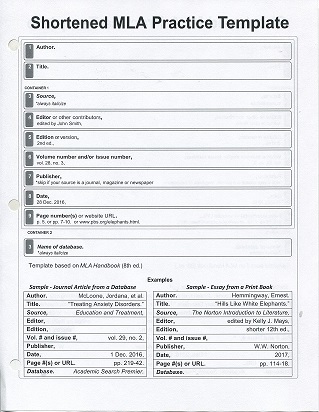 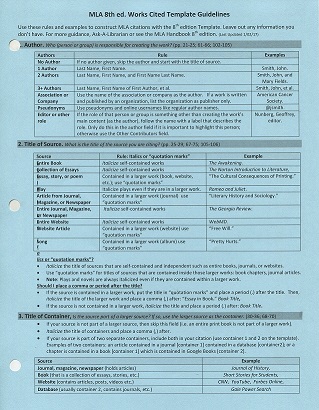 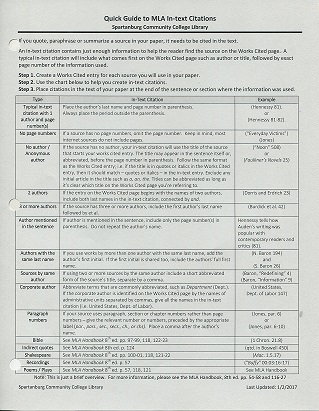 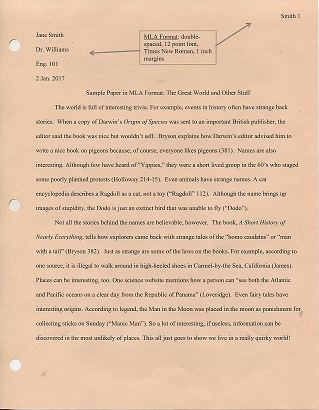 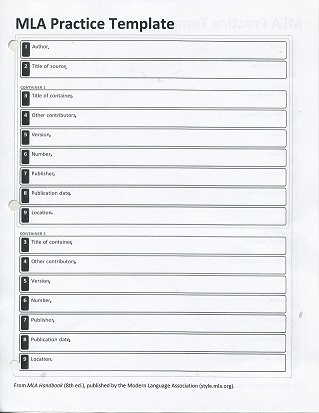